Carl Liebert, who joined Keller Williams as CEO of parent company kwx in the fall of 2020, is now leaving the massive franchisor, Inman exclusively learned Wednesday.

Company co-founder Gary Keller announced the departure in an email, saying Liebert “is leaving the company to pursue other opportunities.” The email did not say what those other opportunities were, nor did the company provide that information in response to an Inman question. As of late Wednesday morning, Liebert’s LinkedIn page still listed Keller Williams as his current and most recent employer.

Keller’s email also noted that “evolution is both inevitable and necessary” and that Keller Williams is consequently embarking on changes that “will make us more entrepreneurial, more nimble, and better able to help our market center and agent partners thrive.”

“I want to thank Carl for his sincere hard work on all our behalf and to wish him the very best in his next chapter,” the email noted. “Carl contributed his leadership and experience to our team at a critical moment in our history. We are all the better for the time we shared working together.”

The email further revealed that the company will not immediately fill Liebert’s role. Instead, Keller Williams “will take a thoughtful approach and reevaluate the future needs for that role in kwx. In the meantime, we will benefit from a flatter leadership structure to streamline operations, simplify communications, and strengthen teamwork.” 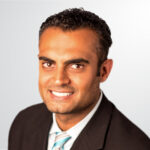 In addition to Liebert’s departure, Keller Williams’ leadership shuffle also includes the elevation of Sajag Patel to a newly created chief operating officer role. The email describes Patel as “a top agent, MAPS executive coach” and 12-year company veteran. For the past three years, Patel has served as the executive director of strategy for the MAPS coaching program, as well as the vice president of segments and the head of coaching, communities and learning.

Keller will retain his role as chairman of kwx but will not assume a new title.

The changes Keller described in his email went into effect immediately Wednesday.

Liebert joined Keller Williams in October 2020 as part of a major leadership shakeup that also involved Keller stepping away from the chief executive job. Prior to joining the real estate franchisor, Liebert had served as the CEO of AutoNation, the country’s largest automotive retailer. According to a report from the South Florida Sun Sentinal, Leibert was let go from the car company after four months, with the firm’s executive chairman saying he was “not a good fit.”

Before his stint at AutoNation, Liebert, who has a naval background, served as the executive vice president and chief operating officer for USAA’s business operations functions. The segment of the business under which Liebert worked included the financial services firm’s real estate investment companies.

At USAA, Liebert’s responsibilities included delivering an integrated digital experience, which has been a focus at Keller Williams in the past few years, as the company further invests in technology.

Liebert’s tenure at Keller Williams has taken place entirely during tumultuous times, with the coronavirus pandemic raging both before and, now, after his reign. The outbreak introduced a degree of chaos into the real estate industry; though many agents ultimately ended up doing record sales in 2020 and 2021, the uncertainties of the pandemic have made the market difficult to predict.

During this tumultuous time, Marc King has gradually emerged as the most prominent public face of the company after Keller himself, appearing at industry events and for interviews more often than other Keller Williams executives. King, a former agent who worked his way up the company ranks, assumed the role of president in February 2021.

Also over the past two years, speculation about a potential Keller Williams initial public offering (IPO) has increased. The company has not specifically weighed in on the issue, nor has it denied that it is pursuing and IPO, with Liebert himself telling Inman in 2021 that there was room for the company “to go do something big in the future.”

Though Keller Williams has played coy about a stock market debut, it does release quarterly earnings reports, albeit with more limited information than is required of public companies. The most recent report showed that sales volume increased during the first quarter of 2022 while the number of transactions company agents handled ticked down. Recent reports have also shown that Keller Williams is adding agents, though the strongest growth is happening outside the U.S. and Canada.

Asked if Wednesday’s leadership shakeup had anything to do with an IPO or the company’s recent performance, a Keller Williams spokesperson told Inman that “we were pleased with our recent results posted and our growth path going forward.”

In his email Wednesday, Keller struck a similarly optimistic tone even as he acknowledged that the housing market appears to be in the midst of a shift.

“As we head into an almost certain shift,” Keller concluded, “I’m certain in my belief that this is a simple business if we focus on taking care of our customers and each other.”

In pursuit of careers worth having, businesses worth owning, and lives worth living, evolution is both inevitable and necessary. To that end, we are making some organizational changes at KW. These changes will make us more entrepreneurial, more nimble, and better able to help our market center and agent partners thrive.

As of today, our kwx CEO Carl Liebert is leaving the company to pursue other opportunities. I want to thank Carl for his sincere hard work on all our behalf and to wish him the very best in his next chapter. Carl contributed his leadership and experience to our team at a critical moment in our history. We are all the better for the time we shared working together.

We are also seizing this as an opportunity to find ways to better serve and support you. To that end, we are making three key changes today:

As we head into an almost certain shift, I’m certain in my belief that this is a simple business if we focus on taking care of our customers and each other. I’m grateful for the opportunity to serve, and I believe the future is ours.

Update: This post was updated after publication with additional information about Keller Williams’ leadership changes, company background, and the full text of Keller’s email.

What are the two vital traits of every successful investor?